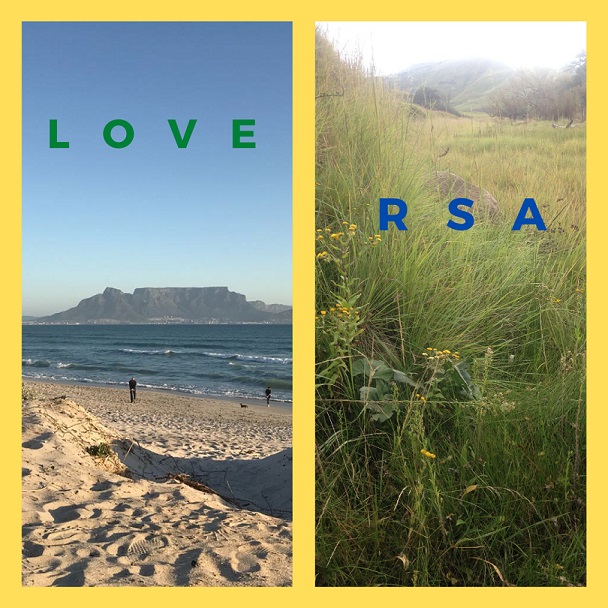 I don’t know about you, but I feel like there’s really so much to celebrate about our country. South Africa has its problems yes (we definitely can’t get away from that)! But I have to say I hate leaving a conversation about current affairs or the state of our nation feeling discouraged, and it happens all too often for my liking these days. So I decided to write about some of the things I love most about sunny South Africa.

The beach, the berg and everything in between

First of all, we are privileged to live in a country with an incredibly diverse landscape. If you love wildflowers then the West Coast puts on an amazing display each and every single year! If you prefer a more arid landscape you can make your way to the Karoo. And if you love greenery you should head to KZN, where there are mountains, streams and green pastures aplenty.

Yes, Table Mountain is pretty incredible. But there are so many other, less well-known (but still beautiful and impressive) mountains to be found in South Africa. If you spend a few hours in your car you’re pretty much guaranteed to see a drastic change in the landscape around you. From the beauty of palm trees, thorn bushes and fynbos to succulents and aloes. You really can pretty much have it all!

With the change in flora there’s often a change in fauna too. From small land mammals like dassies and meerkats to bigger ones like zebras, hippos, and the always impressive giraffe. We might be best known for the Big Five, but there are so many other animals to admire too. Not to mention the marine life you can spot on the coast! Keen birders also have plenty to enjoy. I mean, do we even realise just how lucky we actually are?

Our people are about as diverse as our landscape. Yes, we have eleven official languages, but in truth we know there are many more than eleven being spoken on a daily basis. There are so many different kinds of South Africans. You get your avid sports fans (most of us probably fall into that category when a World Cup rolls around), your relaxed traveller types, creatives, liberal people, conservative people.

There really is no typical South African. And there really is no one way to describe the different cultures in South Africa. What I will say though is that I’ve visited many different homes around the country, and I’ve seen such incredible hospitality in most homes. I’ve had the honour of being invited to traditional weddings where rituals were observed that I’ve never seen before. I’ve also attended some chilled picnic weddings where there were no rules.

Our people are truly diverse, but when it actually comes down to it, most of us actually have a deep love for South Africa.

No list about SA can be complete without making mention of our food. There are so many different types of cuisine available here. From our sweet treats – think Bar One, Wilson’s Champions, koeksisters, milk tart, soji etc. We have so many different dessert options it’s actually pretty crazy. And when it comes to flavour, we’re truly spoilt for choice. If you love a good curry, we’ve got it! Have a thing for carbs? Well, many South Africans make a great pap.

And of course most of us love a good braai, whether we choose to throw some lamb chops, pork chops, boerewors or Fry’s vegetarian sausages on the braai doesn’t even seem to matter that much! I’ve heard people describe a braai as “a state of mind”. A braai really is more than a meal, it’s about being with people you love, enjoying their company, relaxing, and savouring some great food at the same time.

One of my former colleagues used to describe South Africans as those naughty kids in the back of the school bus. Whatever big global (or local) situation we’re facing, it never takes us long to come up with something funny about it. Ask almost any South African about the zol song, and it will bring a smile to their faces. You can pretty much become famous overnight in SA just by being funny! We love laughing in South Africa.

A group of young men became famous by showing us what Woolworths water can do. A few years ago the “Zuma must fall” dance that was performed by some elderly ladies became pretty famous. It didn’t take long to trend on Twitter, and eventually it became so famous that Jacob Zuma even showed us how to do it! Cyril Rampahosa’s mask mishap went viral, and I lost track of the amount of mask memes I saw just after the outbreak of the coronavirus.

There’s a reason that “boer maak ‘n plan” is a well-known saying! But it’s not just boere that make plans. Many new businesses were born out of the infamous Cape Town drought. Small companies like Garden ResQ popped up. They found innovative ways to distribute greywater in gardens, some local musicians composed two-minute shower songs and a Facebook group where people could share their water-saving ideas was also born.

The outbreak of the coronavirus in March 2020 definitely ushered in another difficult time. However, since then many businesses have become creative. Small and large businesses started offering delivery, and expanded their product offerings. A pretty big one was Checkers, who launched their new Sixty60 app which would allow people to shop online and receive their groceries within the hour. And, of course, plenty of people started sewing masks.

Yes, we don’t see stories of compassion making headlines every single day. But there are those rare occasions when a good news story travels far and wide. This particular one about a concerned petrol attendant who paid for a female driver’s petrol because he was worried that she would be left stranded even made it to the UK. And who could forget the miracle (as CBS called it) of rival gangs working together to support people during the pandemic?

I bet you we all know a lockdown story (or can tell our own personal one) about financial donations being made to organisations or friends in need. I know of people who bought groceries for others who were retrenched, or bought vouchers from small businesses while they were unable to trade! And I suspect many of us are more than ready to help the alcohol industry get back on their feet in the months and years to come.

In fact, this whole sit is dedicated to South Africans who are actively making a difference in our country. So if you want to read some heart-warming stories of hope, check out some of the other posts, or the podcast episodes featured on here.

The Proudly South African brand is a winner for a reason! And Santam’s “One-of-a-kind” advert was an absolute hit because it did such a great job showcasing some of the unique aspects of our daily lives, without making us feel ashamed about it. Yes, we face a lot in South Africa. But yes, we also enjoy so much, we are also proud of so much. And we have good reason to be proud, and to stay in love with South Africa!

1 thought on “Seven things I love about South Africa”