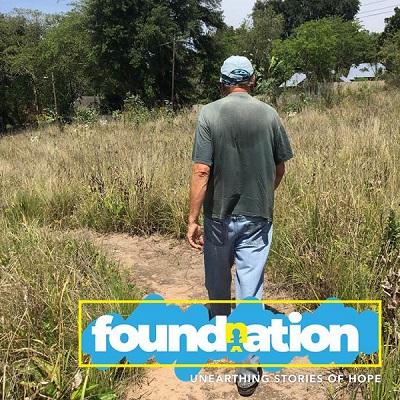 This is a bigger story, which makes sense I suppose because it’s a bigger topic. The story spans across various kilometres and brought me into contact with quite a few different people. I suppose you can’t be alive on the earth today and not be aware of the fact that our world is suffering because of pollution. Subjects like climate change and veganism have become pretty normal topics of conversation (well, when compared to a few years ago).

What prompted me to start looking into this sphere was the flood we experienced in Durban over the Easter weekend in 2019. The amount of plastic that washed up on the beach was in one word – disturbing. I remember seeing photos of our harbour and thinking that there was no way the images were real. They had to be Photoshopped!

But they were real indeed! So when I first started this project and made my list of various issues I wanted to tackle throughout the first season of FoundNation the environment made that list. It’s a pretty broad topic obviously…and it encompasses much more than plastic, but this was the conversation starter I used in a few of the pitch emails I sent off to the environmental organisations I found by Google searching.

And that’s how I met Paulo Candotti – the Chairman of the Kloof Conservancy as well as the eThekwini Conservancies Forum. I won’t say too much about Paulo…because that’s the way he would want it. He isn’t someone who wants to be in the limelight because of the work he’s doing. He preferred to tell me stories of other people who are working in this sphere. I did warn him that I would have to say a bit about him though, just because he gave me so much context to work with.

And, more than just context and other contacts to see, Paulo was also my first interviewee. It all started on a Saturday morning next to a bakkie on the side of the road. He had kindly replied to my pitch email within one day and agreed to meet with me on a Saturday while himself and his fellow volunteers would be working in a grassland in the middle of Kloof.

Paulo warned me that it was literally just a deserted piece of land and gave me his number so that I could make contact on the day when I arrived. Luckily they had some Kloof Conservancy banners up so it was easy to spot the place and I gave him a call once I parked my car. Man, the butterflies in my stomach that morning! But one thing I knew for sure was that I wanted to do this, and that I was so eager to hear more about what Paulo and his team were doing so I would just have to be fine – nerves be damned!

Once he arrived he kindly set up some camp chairs for us on the side of the road and I started my first interview. Paulo gave me an overview of what Conservancies are – basically it’s the name for a group of interested parties/volunteers who get together to say that they are going to protect their patch, and then they set about doing that in whatever way they can.

The Kloof Conservancy has been quite active over the years. He tells me about the fundraising projects that they run (races they organise where all proceeds go to the conservancy), the volunteering opportunities (like this Saturday working in the grassland) and some of their bigger projects like the M13 project where they raise money to keep this particular stretch of road clean. They approach local businesses and sell them signage along the side of the road. These advertising fees are then used to fund their cleanup initiative.

On Paulo’s recommendation I contacted a few other conservancies and eventually managed to meet up with Ashley Crookes from the Dargle Conservancy in the Midlands as well as Keith Cunningham from Clansthal. Each of these visits served to inspire me even more, and really made me think about how easily we consume the earth’s resources without necessarily giving thought to the impact we’re making on the environment.

In Dargle the volunteers have to stand up for their area by making sure that big farms or other commercial entities don’t just come in and set up camp there without first considering the impact it will have on the area. They do this by being vigilant, listening to what people are saying about the new players in the area and keeping an eye on the paper to see when meetings will be held where the community can lodge complaints. Thanks to their vigilance they’ve managed to stop fracking from tacking place in their area! This is on top of all of the other smaller projects they run – educational talks for the community and fundraisers where they encourage people to buy from the local farmers.

The Clantshal team waged a thirteen-year battle in order to declare a “no take zone” in the Cracker Bay area. This means that people can’t fish or take any of the marine life from the area, but that they can still swim and do other water sports. They did this because they wanted to ensure that fish had a safe place to breed, and therefore would overflow, making it safe to fish without completely depleting our marine life. This is an enormous victory for them with many years spent going back and forth, justifying their position and engaging with locals who were opposed to the idea. Again, Keith’s determination was challenging to me on a personal level. Himself and his team clearly weren’t going to just give up on their dream. And they made it happen! They don’t have a formal office space and they don’t have thousands of members, but they care about their little patch of the earth, and they do their best to keep it healthy.

The amount of work being put into taking care of KZN by these people (who all have full-time jobs I might add) is just incredible. It’s obvious that they are passionate about what they do. It’s also obvious that they could do with a little more help from the rest of us wherever possible.

So if you feel up to volunteering your unique set of skills to any of these Conservancies why don’t you get in touch with them? There are so many things that could take a huge load off someone who is already very busy. If anyone was able to help with writing, photography, organising other volunteers for events…cleaning up the actual area it would make a big difference. The options are really endless! Or if you would like to make a financial contribution to the good work they’re doing that would be much appreciated too.

You can get in touch with Conservancies KZN via email, visit their website or check out the respective Facebook pages of the conservancies featured in this episode here: Kloof, Dargle and Clansthal.