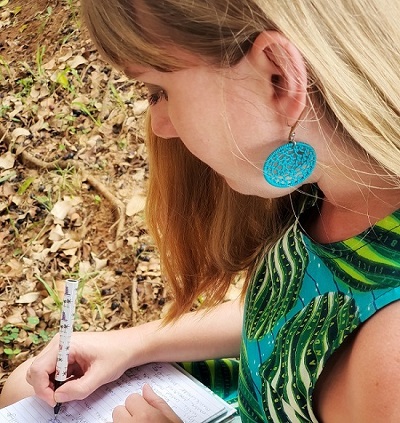 It’s kind of strange writing the first few lines of a blog post, especially the first post on your brand new site about your brand new project. A project that I have high hopes for if I’m honest. There is so much pressure to get the tone just right. I doubt that this is the most compelling start of course, which is kind of funny because it is such a stark contrast to how I feel about this project.

It’s the single most exciting thing that’s come into my life in the last few years. It’s something that I hope will help people learn more about others, about their daily realities and how they are improving those realities.  It’s the FoundNation podcast.  A platform where lesser-known inspirational stories are told by the inspiring people themselves. And, of course, by me – the interested party they show around.

Man, did I agonise over getting the name just right. I wasn’t too thrilled about using a somewhat complicated name if I’m completely honest. My name is Simoné (pronounced Seemonay) and people hardly ever get it right on the first try. I’m also often called Simone (notice the drastic difference in spelling) and it’s something that I absolutely detest. So yes, I wasn’t too excited about the prospect of having to constantly say “No, the ‘n’ is meant to be there.”

But in the end FoundNation just wouldn’t let go of me.  I felt that it was just so appropriate to everything that the project stands for. Stories that are found in the nation where I live. How stories can help us find ourselves and our place within our nation. Plus, I told myself, it may very well attract attention just because it can look like a spelling mistake. So FoundNation it was.

The idea to do this came to me one day after a particularly wonderful trip that allowed me to spend some time in Mpumalanga, Limpopo and Gauteng. While there I met some people who were making a positive difference in their areas of influence despite difficult circumstances. It was encouraging to see so many people in so many South African provinces working towards creating a better SA.

When I commute to and from work I often listen to podcasts for the 30 minutes I spend in the car. I do this because it somehow makes me feel like I’m not really wasting my time sitting in traffic, I enjoy the idea that I’m learning something as I sit. Sometimes I listen to humorous podcasts, at other times to psychological or educational ones. All in all I just enjoy the distraction while I drive, or sit, depending on the state of the M4 that day.

Anyway, I was listening to a particularly enjoyable episode on the way home one afternoon when it suddenly hit me…why don’t I start my own podcast? I love telling stories, interviewing people, writing and research. It seemed kind of perfect.

But what kind of stories would I be telling? I just knew they had to be good ones. Good can mean a lot of different things: compelling, interesting, well-researched, but in this case “good” meant stories that inspire hope, stories that have the ability to change your mood by hearing them. I was reminded of some of the wonderful people I’d come into contact with over the past few weeks, months and years.

That very night I started planning. I was so excited that I barely slept a wink, and less than a week later I’d sent off my first pitch email to an organization I’d found on Google.  It’s hard to describe the feeling when I received their reply (just a day later). It was probably a mixture of excitement and fear (because I really hadn’t done anything like this before).

I was grateful that my first interviewee was willing to give me a chance despite the fact that I didn’t have an official email address or any artwork yet! This was quickly corrected though after liaising with my super talented friend (and Graphic Designer) Elmien Waring. She created a logo for me at short notice, while my incredible friend (musician, composer, music teacher and occasional podcaster himself) Wayne Simpson agreed to donate some music to the cause and to help put together the episodes. It felt like everything was just falling into place, I’d honestly never experienced anything quite like those first few weeks after having this idea.

I also noticed a general positivity about this project when I spoke to my friends and told them about it. I’ve never had so many genuine offers of help. This greatly encouraged me, my friends were clearly excited about the prospect of FoundNation and they saw the potential it had. I know they were also excited for me, happy that I’d found something to care about.

Finding something that meant this much to me orientated me differently in the world. Suddenly many other things that occupied my time became less important, and things that would have stressed me out quite a bit in the past seemed like small problems. It’s funny, but this project inspired a kind of romantic feeling in my heart. It somehow felt “meant to be”.

And you are welcome to join me on this journey by following this blog. Here I will try and give more background information on the stories that you will hear about if you listen to the FoundNation podcast. Here you will also get to see some photos from the interviews and, hopefully, it will give you a bit more insight into the people I chat to, as well as the important work they do.

My hope for this project is that it will give you some faith in others, that you will begin to see that there are plenty of people out there who are actively pursuing good things, people who keep working even when they face serious obstacles. But my even deeper hope is that you will begin to find that person hidden inside yourself. What can you do to make the world around you that tiny bit better?

I feel deeply honoured that so many people have been willing to share their stories with me. That they’ve given up their time on evenings after work or over weekends just to share more about their passion with me. What struck me most is that there was really very little need for me to talk during these times. Sometimes one question could lead to an answer that was 10 minutes long. If people actually care about something they clearly have no problem talking about it!

And I’ve loved listening, I’ve loved seeing how much people invest in SA, and how much they’re accomplishing. It’s made me sad to hear about the struggles that they face. Sometimes it’s made me wonder how I can help them. I hope that that happens to you too. If you hear something that stays with you, a problem that you almost can’t help but mull over… then maybe that’s your call to action. Maybe you are the one who can help unlock what that person needs to be able to do their work more effectively.

I challenge you not to ignore the stories that stay with you. I challenge you to give it thought, maybe even to give it money.  Or, even better, to give some of your time. I can honestly say I’ve often resisted that part of myself that wants to get involved and help others. There could be many reasons for that: laziness, lack of finances or time etc.

Anyway, I’d better end this post before I get too carried away. However I would like to say one more thing: thank you for being here. Thank you for listening.

4 thoughts on “The Start”