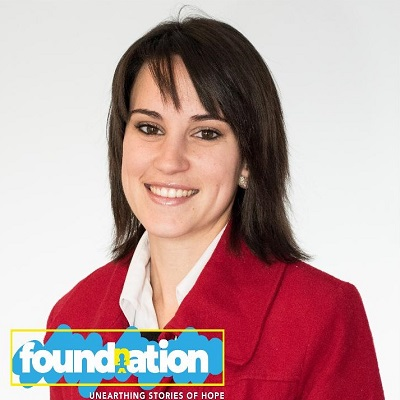 For Season 2 of FoundNation I decided to focus on the Eastern Cape. There are a few reasons for this. It’s my home province and I obviously spend quite a bit of time there, even when I live elsewhere I always make time to head back to good ol’ EC. This blog post comes way after the interview though. I had big plans to explore the province in 2020, but then my plans kind of changed a bit. I probably don’t have to spend too much time explaining why…

Anyway, I actually visited Khululeka in late 2019 as I was road tripping home for Christmas. Mary Venter, Finance and Managing Director of Khululeka, graciously agreed to meet me on a Sunday morning. That was the only time our schedules allowed, especially seeing as I was only going to be in Queenstown for a few hours on my way to Port Elizabeth.

That was the first thing that struck me. How incredible that she was willing to come out and tell me more about her organisation and what they do on a day reserved for family time? It just brought home to me (yet again) that those who work in the non-profit sector often don’t keep normal office hours. However, I was thrilled that Mary was willing to travel to the guesthouse where I was staying.

As she spoke I was struck by her vast knowledge on the subject of Early Childhood Development (ECD). She has a bit of a different background, coming into this line of work from a purely finance background. This means she had to learn a lot in a relatively short amount of time. But she was up for the challenge and obviously had a great mentor in René King, the founder of Khulueka, who had established the organisation in the 80s.

Mary was clearly inspired by René’s hard work, and deeply respected her methods as well as the organisation she’d managed to build over the years. It’s quite impressive that Khululeka is already over 30 years old! It just shows that their work within the Chris Hani municipality is clearly making a difference, and that people definitely benefit from it and see the value of the work being done.

Khululeka is different from the organisations that I connected with in Season 1, in that they don’t actually run an ECD, but instead they focus on equipping ECDs with support and training, helping them provide quality education to those in their care. You might wonder why this is necessary. Well, because traditionally the ECD sector has not been a professional sector. In the past anyone could open an ECD or crèche and care for the community children.

This means that sometimes those little children aren’t exposed to the right kind of stimulation, they’re not learning what they need to learn to become school ready. It’s wonderful that they’re off the streets and safe at someone’s home, but they also need to be exposed to play-based learning. And then there’s also the other issue of extreme poverty within the province, meaning that children can go hungry for hours (sometimes days), even when at an ECD.

Why focus on ECDs?

In our discussion Mary explains the importance of intervening in a child’s life at such a young age. If you’re able to educate and equip a child while they’re very young there’s a much bigger chance that they will succeed later in life. She believes that this is the key to unlocking a better South Africa for us all in the future, a South Africa where our young people grow up to be productive citizens who are playing their part to improve the country.

I can’t help but agree with her when she explains the logic behind this reasoning, and it seems that the government also sees the importance of ECD. That’s why they’ve decided to professionalise this sector. However, it poses a bit of a problem in the Eastern Cape where there aren’t always schools nearby and where many children are cared for by their own grandparents, or another elderly member of the community who has time to look after them.

A lot of ECDs in the Eastern Cape are therefore run very informally, and it isn’t really feasible to close all of them down and expect people with degrees to come and take over the running of these small rural centres. That’s where Khululeka comes in! They support and train these well-meaning citizens who have taken it upon themselves to care for the children in their community.

You can’t help but be affected by what Mary shares. Hearing about the particular challenges ECDs in the Eastern Cape face because of the geographical spread, and the extreme poverty in the province, I feel overwhelmed by the facts that they face every single day! But, I’m also relieved that there are people like them out there. People who are seeing a problem but actively working towards bettering the situation.

For more information on the work that Khululeka does, visit their website or Facebook page. You can find my interview with Mary on our Episodes page, or click here if you prefer to listen on Spotify.

Post Views: 15,294
Tags:DevelopEarly ChilEastern CapeECECDNonsouth africaTraining
Manage Cookie Consent
To provide the best experiences, we use technologies like cookies to store and/or access device information. Consenting to these technologies will allow us to process data such as browsing behaviour or unique IDs on this site. Not consenting or withdrawing consent, may adversely affect certain features and functions.
Manage options Manage services Manage vendors Read more about these purposes
View preferences
{title} {title} {title}